The government of India waived penalty on delayed filing of initial GST returns for the months of August and September.

“To facilitate taxpayers, late fee on filing of GSTR-3B for August and September has been has been waived,” Finance Minister Arun Jaitley said on tweeted. 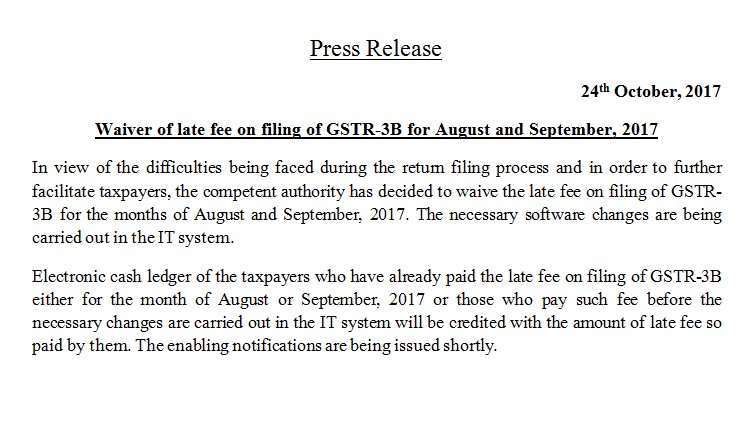 Press Release on waiver of late fee on filing of GSTR-3B for August and September, 2017

From the GST Tweets: 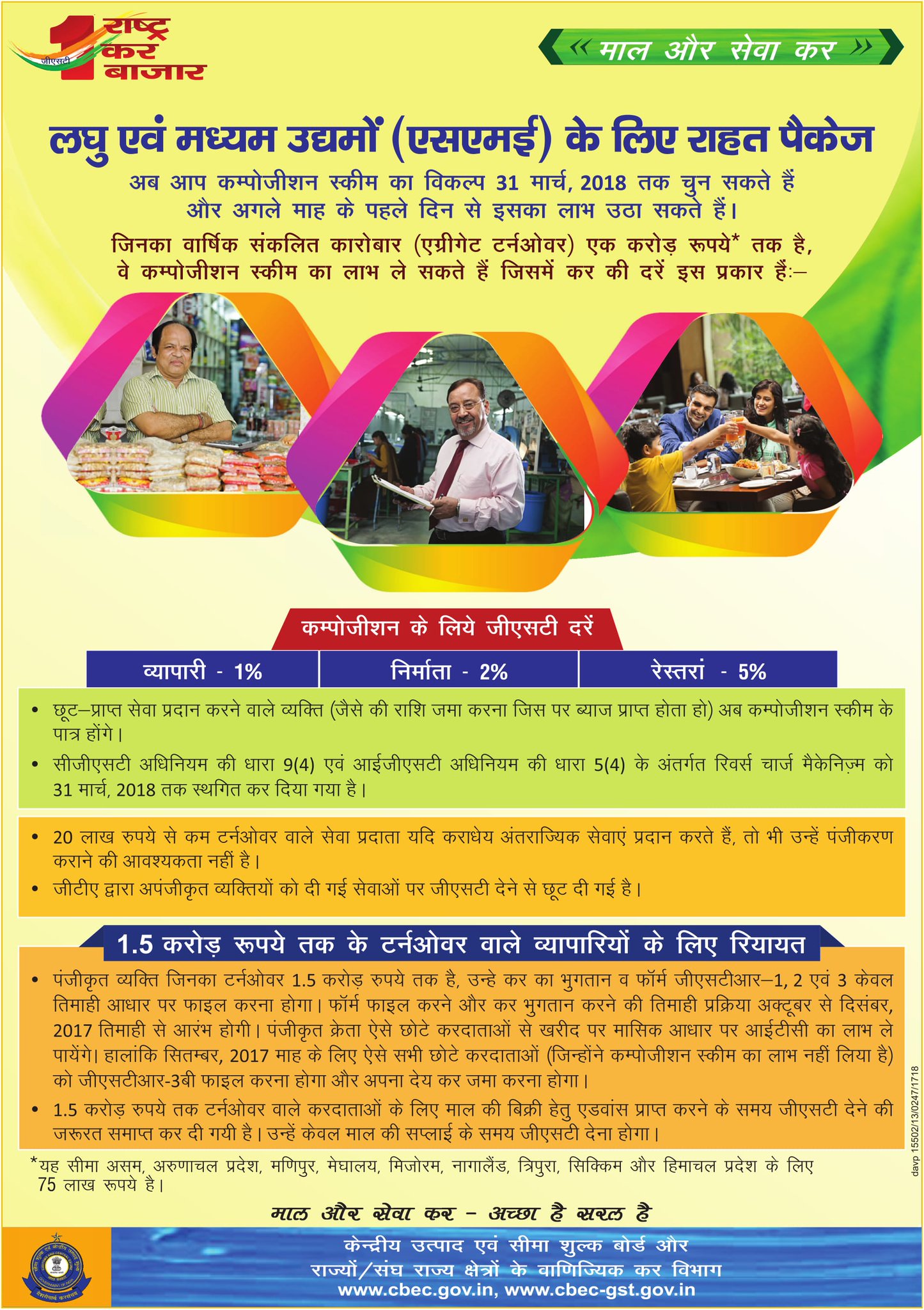 from the council meeting. Check more at GST FAQ.

Can you answer these

How to do competitor analysis?

Competitor analysis is something very crucial in today’s time to remain in business and retain the customer, competitor analysis helps organisation develop counter strategy to beat or manage competition. Below are the important point to Read more…

In a layman language tax is money that an individual or an entity provides or offers to the government of a country so that this money can be used for economic, infrastructural development or to Read more…

Samsung is the successor of SAMSUNG GALAXY M31